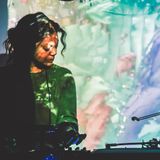 Absorbing the sounds of New York since her birth in Brooklyn, Tara spins a collage of sounds that captures the eclectic vibe of modern New York life.

Having performed at diverse and unconventional venues around New York City, Tara is always eager to find new and exciting crowds to spin for. Early on in her career, Tara realized being a DJ is more than just playing a mix of records; it is a matter of building trust between herself and the crowd and sharing the knowledge and love the she has for the music and the feelings it projects onto the listeners. The crowd trusts Tara to become part of another great night in their lives, and she returns that favor by giving them a taste of the familiar as well as something new that may be something they have never realized was needed or missed in their musical memory.