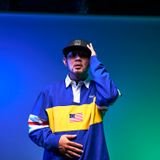 Multi-talented DJ & producer, DJ SN-Z aka DragonClaw, began to DJ in
Yokohama, Japan in the year of 1992.
In 1994, DJ SN-Z's passion for Hip Hop music sent him on a quest for
more beyond Japan's boarders.
As a result, DJ SN-Z migrated to the Mecca of Hip Hop Culture... New
York City. For the next 10 years, DJ SN-Z called Harlem home.
While a resident of Harlem, NYC. SN-Z joined the Get Money Pac (Get
Money Nation) producing & selling mixtapes throughout 125th St.
In addition, to SN-Z's & Get Money Nation mixtape collaborations, his
DJ career reaches beyond the street and into the commercial
entertainment scene. SN-Z has spun at several of NYC's hotspots as a
resident DJ for venues such as Jimmy's Cafe in the Bronx, Mars2112,
Lime Light, 2 I's, etc. In addition, SN-Z served as DJ a for Mad
Lion, Team Alliance,
As a TOUR DJ, SN-Z has accompanied MAD LION (Predator Or Prey), Edley
Shine Formerly of Born Jamaicans & Don you