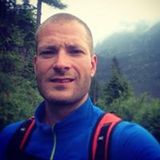 The 31 year old Smoly went through a classical dj evolution. From playing at school discos, to being a resident in Bratislava's pubs, to later on mixing vynils, which dates back to the year 2002. His track selection and mixing technique is at a very high level due to this. He proved it by beating a big number of djs and winning a DJ competition organized by the portal poslouchej.net at the end of the year 2005 in Prague. His good reputation in Slovakia and the Czech republic is a big benefit for Expedition booking, and it got him many good contacts and gigs. In November 2006, Smoly switched to playing from digital technologies, and now uses CD players and play with Tractor scratch with effect console X1.