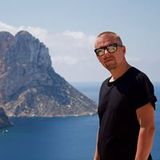 Prefer> https://soundcloud.com/andretribale
André Tribale, slovak deep-tribal-tech house a techno dj/producent acting on the scene for more than 20 years, Slovakia winner and finalist of the prestigious worldwide competition of DJs Burn Residency in 2016 on Ibiza.
André Tribale previously known as Andy K. real name Andrew Kralovič with DJing already met the first time in school. In 1992 he began playing in many clubs and discos in Slovakia. As time and circumstances in 2002 began devote the club scene and House music.He was one of the founders and resident djs of Piestany's underground club named Club 22.
He represented Slovakia in the prestigious DJ competition #BurnResidency 2016 in Ibiza. He was one of 26 finalists out of 5 000 contestants.
Music which is played in his sets and performances, could be defined as a mixture of Deephouse , Techhouse, Tribalhouse and Vocalhouse. It is always full of positive energy and rhythmic beats. More infos avaiable at www.andretribale.net