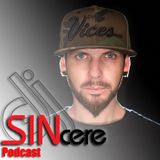 Never miss another
show from djSINcere

SINcere has proven to be an influential open-format DJ in Las Vegas and around the country. With over 15 years of nightclub experience, and playing 250 plus shows a year, his work ethic shows no signs of slowing down. Originally from Chicago, SINcere has called Las Vegas home for the past 10 years holding residencies at such legendary clubs like Drai’s, Hyde and Light. Vegas isn’t the only place SINcere showcases his talents, as he plays across the country in places such as: Atlantic City, San Francisco, San Diego, and Chicago. Besides playing at his residencies, you can see SINcere DJing Vegas Golden Knights inside T-Mobile Arena at Hyde Lounge, or even DJing corporate sponsor events such as Bud Light Super Bowl Weekend Party. He was voted “Fastest Up and Coming DJ” at the Spin Awards hosted by JackColton.com and has been featured in publication like, The Las Vegas Weekly, and Chicago Scene Magazine.