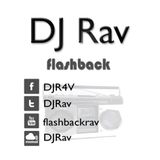 Specialising in old and new RnB, Soul, Hip Hop, Dance/Garage. His real passion lies with older RnB/soul classics, the kind of tunes that gets people reminiscing, but not just the typical ones, the forgot ones! One half of FLASHBACK!

Growing up in a close family, his elder brother and cousins influenced his musical direction. From a young age he listened to artists such as Michael Jackson, 5 Star, Whitney Houston and many others.. Stumbling into DJ’ing over 10 years ago...being a DJ has only ever been a hobby due to his sheer LOVE of music and educating people on it, not about making money, although it helps!