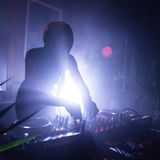 Nova Jade* is an audiophile to the core & her taste in music is eclectic + substantially diverse. With over two decades of musical performance and production experience, she has composed an original, hour-long dance-opera that featured 30 dancers, has rocked on stage with live-bands as both a DJ and vocalist, and has been in collaboration with live-painting projects that were created to her on-the-spot DJ sets. By the same token, Nova Jade* has headlined music festivals, been featured on radio shows, has pumped up fitness centers and has helped create vibes at down-to-earth house parties, too. She got her start in So. Cali, and Nova has DJ'd nationally and abroad. She now is based in Victoria, BC, Canada. Her podcast quickly gathered a worldwide audience after she began it in 2006. She is also an award-winning DJ.

Nova* is where the music begins + ends.

When she's not DJing solo, Nova Jade is in a DJ duo with Blackout, called Bad Rabbit. (badrabbitradio.com)