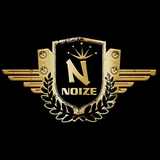 Support DJ Noize by subscribing directly to this channel and get access to exclusive rewards.

DJ Noize is a mixtape and club DJ from Germany and official DJ for multi-platinum artist Chingy. In 1999 DJ Noize started out as a mixtape DJ and quickly made himself a big name in the mixtape scene. He released a huge list of over 300 mixtapes. He puts the needle on the record in several clubs in Germany, but with more focus on the other parts of Europe (Italy, Russia, Norway, France, Belgium, Switzerland, Netherlands) and the world (Dubai, Qatar). He was support DJ for Busta Rhymes, Pitbull, Paul Wall, Lloyd, Omarion and others, plus he is the official tour-DJ for Chingy. To date, he has worked on mixtape projects with established artists such as French Montana, Tyga, Ty Dolla Sign, K. Michelle, B.o.B, Juicy J and Tory Lanez just to name a few. In 2017 he started his own YouTube channel and gained a massive following of over 500K subscribers. His mixtape series “Hot Right Now” is the most viewed urban mix series on YouTube today.