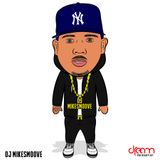 Michael “DJ Mike Smoove” Riggins is one of Hollywood’s most sought after DJ’s. With the pleasure of working with some of Hollywood’s most elite celebrities such as Swiss Beats, Biz Markie, MC Lyte, Trey Songs, and Antonio Cromartie (NY Jets). Michael’s love for music started at an early age listening to his mother’s collection of hip hop and R&B classics. This became his escape from all peer pressures of growing up. He quickly fell in love with the creativity of music and the art of DJing.

During his teenage years he focused most of his time to basketball where he was taught valuable life lessons of consistency, work ethic and perseverance. Basketball also formed a closer relationship with his father who often said he appeared to play effortlessly while on the court, earning him the moniker “Mike Smoove.” His athletic prowess became evident not only to his father, but coaches and fans alike. He kept playing throughout college and despite his talent, his heart remained in musi