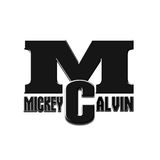 Support DJ Mickey Calvin by subscribing directly to this channel and get access to exclusive rewards.

Mickey Calvin, a Chicago native began his love for music as a collector at a young age. While he was still a club kid himself, not really intending on being in front of an audience; he began DJing as a hobby. With great influences like his dad – who bought him his first set of “12’s” and the support of his friends Jamil Monley, Scooter B, Eric Jones and Cody Shorter who taught him the craft of Djing; Mickey finally decided it was time to test his skills before live audiences.

Like most DJs in the 80’s and early 90’s, Mickey began to refine his sound by spinning at old school ‘house’ parties and opening in clubs for other House DJs. He’s played alongside some very notable DJ’s (too many to list).

He is definitely one of the industry’s best-kept secrets. DJ Mickey Calvin has played Disco, House, Deep House, Underground and Soulful House before some of the toughest crowds to please…….Devoted ‘house heads’ in Chicago, IL; it’s no wonder why his style is so versatile!