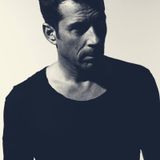 Michael has been in the music business for almost 30 years now. As a member of the band, Scooter, currently based in Hamburg, Michael's focus is on touring and producing in addition to his solo work, which tends more to techno and analog electronic music structures. Michael was one of the first techno DJ’s in northern Germany in the early 90s and was one of the first artists on Kontor Records in the history of the label. n 2006 Michael became a member of one of the most known and successful bands from Germany called 'Scooter'.
Scooter sold over 30 Million recordings and won over 80 Gold & Platinum Awards.
In 2008 Scooters album entered the UK album charts on number 1.