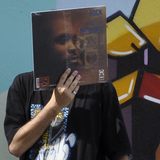 First interest for "spoken word rhythms" came to Klaus EB as a kid in early 1995 when his curiosity made him purchase his first romanian, european and american rap tapes. The end of 90s brought to his teenage mind the ideea of graffiti tagging, followed by bombing CFR's blue train cars and the first graffiti rooftop in Oradea city back in 2001.

2002-2007 was a prolific establishment period for upholding some national Hip Hop events and supporting local acts (park freestyle cyphers, urban magazine articles and reviews, FM radio broadcasts). Then came 2010 along with ETAL 180 - one of his former "partners in crime". They eventually gathered all graffiti talents from their hometown under the freshly nameplate of GRAFFORMERS.

End of 2010 brought also the wish for gaining more tangible music materials on vinyl format and another classics came along - Technics 1210 Ones&Twos for raising hell and b-boy madness.