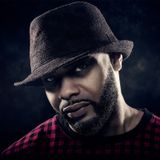 Never miss another
show from Dj Kiff One

In 1995, at age 13, Dj Kiff One, passionate about urban music and tuntablism begins to become familiar with turntables, including combining scratch techniques, beat juggling and mix…
His musical universe is eclectic, largely in uenced by Soul, Funk, Rap, R’n’B, but also by electronic music.

DJ, remixer and producer, he stands out as an iconic gure of Geneva nights, and that just in the beginning of his career.
In 2000, he met DJ JB with whom he founded his label and studio “TODJ’S” in order to promote his music. During these ve years of collaboration, he produced an impressive number of mix-tapes, albums, party breaks and singles of which several thousands of copies were sold worldwide.
From 2006 he achieved international renown with his innovative and crazy sets, which in each of his performances, literally return any audience.