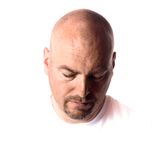 Never miss another
show from djjustinjohnson

DJ and producer Justin Johnson has been rocking the dance floors of North America for over twenty-five years, and his eclectic mix of Funky Breaks blended with House Music has made him a favorite at countless raves, clubs, radio shows, and special events. His influences come from all aspects of music, and he always brings the funk with him. His mix tape and CD series has been applauded for his flawless mixing skills, unique track selection, and excellent programming. Justin's production skills only add to his talent arsenal, as shown on his two record labels (Cable Recordings and Barely Legal Records) and his remixes for Velcro City Records, Made Records, Mutate, Beyond Zilla, Blunted Funk, Knob, and Quartz Lock.

Justin originally began DJing in 1985 on his high school radio station (KSRH 88.1 FM), but got his first taste of being selector when he was three years old when his dad let him pick out songs for his radio show (KUMD Duluth, MN).