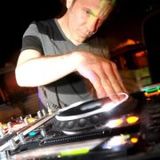 Emerging as a clubber from the late 80’s house scene of Miami Beach, Justin George’s fascination with the underground Acid House Scene eventually led him to the DJ booth in 1995. Justin George started to play in clubs by becoming a regular warm up DJ in the booth at the legendary Groove Jet Night Club, located in South Beach.
Justin George has been captivating crowds on the dance floor for close to 25 years. He has traveled the South West and has had several Residencies in Albuquerque, New Mexico where he lives. He has been showcased in events where Djs such as Tiesto, Paul Van Dyk, Hernan Cattaneo, Dubfire, Nic Fanciulli, James Zabiela”, Adam Freeland, Lee Burridge, and others have headlined.
Justin George also wears the producer hat. The genre of music that you can expect from Justin ranges from all shades of Tech-House, Minimal, and Techno
http://justingeorge.info
https://www.mixcloud.com/djjustingeorge/
https://www.facebook.com/justingeorgedj/
https://twitter.com/djjustingeorge