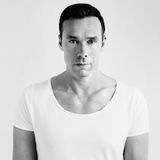 Isaac is at the forefront of harder dance music; a position he now holds for over 15 years. Always sticking his head out for new revolutions in sound. Roel Schutrups can be considered as one of the founders of Hardstyle. This background and his continuing efforts in the studio make him a regular headliner at the world’s biggest dance festivals and events like Electric Daisy Carnival (300.000 visitors), Defqon.1 Festival (40.000 visitors), Qlimax (28.000) and Decibel Outdoor (35.000). In 2010 Isaac hosted his own area on Thrillogy.
Still Isaac’s own focus has always been an international career which ultimately brought him everywhere in the world including U.S.A., Colombia, Australia, Japan, Russia, Canada and South Africa.

As a producer it is very clear that Isaac has been influenced by many different styles of music; besides harder dance styles. Isaac has been very successful with various trance projects including Alice Deejay. This particular project reached gold and platinum albu