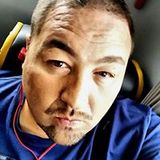 Its All About Oldschool
by DJ Illmatic Mike

Without any hesitations you can call Illmatic Mike a legend among the german dj scene.
He started his dj career in the late 80s playing in youth clubs. Shortly after that, clubs became aware of the newcomer and the Hippodrome in Mannheim made him the Saturday resident. Over the years Mike played in different locations as a resident and started to network with other djs to play in locations all over germany. In 1997 he started as the Saturday night resident in the Krypton Club in Heidelberg, Germany. In only a few months the club became famous for being the no.1 spot in south germany. Hated by the many, loved by a fews, the club was the location of choice for US-Soldiers based in germany, people from the nearby France(if you can call 100 km nearby) and of course the local party crowd.