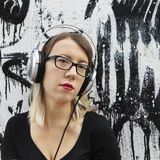 Never miss another
show from DJIDADA

A minute's silence (for democracy)
TRACK
by DJIDADA

Keep Moving Up
TRACK
by DJIDADA

I'm a DJ, Turntablist and Producer from Berlin playing Hip Hop, Funk, Disco, Dancehall, Afrobeats, Broken Beat, Nu Jazz, House, Breaks. In 2018 I was one of 6 REDBULL3STYLE FINALISTS GERMANY. Played at several venues & do DJING & Music Production Workshops since more than 12 years...
Get in touch with me on my website, get the latest news:
https://djidada.com