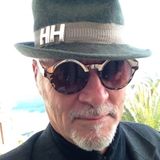 Based on his summer 2012 residency at the Ibiza's Atzaro Beach Club, Space magazine named him “Power DJ” and “Best daytime DJ” That is not to say that he only plays day light hours but he is a committed advocate for eclectic Balearic beats.

Summer season 2013 he was resident at Sands, Playa Den Bossa and Atzaro Hotel and in 2014 he established his place on the island with residencies at The Harbour Club, Pikes Hotel for their weekly pool parties and ME Hotel plus lots of lavish private parties.

Howard publishes a regular blog "Diary of a DJ" which can be found at:
http://eclectikasessions.blogspot.co.uk

You will find a interview with me on the podcast Ibiza Unheard at: http://www.ibiza-unheard.com/episodes/dj-howard-hill