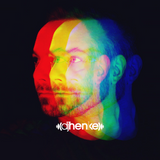 Never miss another
show from djhenke

djhenke also know as HNRK is a dj from Sundsvall, Sweden. he has dj’ing since the begining of the 90’s & have a few thousand successful gigs under his belt. He is awesome reading the crowd & is also technically driven, are extremely quality conscious & always work to give the audience what they want.

Together with Robin B (formerly Sweet as Kandi dj duo) get the honor to run the opening act at the AIR Festival ’11 and ’12.

’17 he did warmup act both days at Sensommar festival, Sundsvall to artist like, Steve Angello, Galantis & Otto Knows. ’18 he did the festival pre-party, together with Vigiland & ’19 he did both pre- & after party.

In his career he had also play along with Fedde Le Grand, Style of Eye, John De Sohn, Stonebridge, Nause, Lunde Bros, Sak Noel, Rebecca & Fiona to name a few & he was also resident at the former club Oxid, Sinners & 360. He harvested a few seasons around the mediterranean & sience ’14 he is resident dj at the Cubaneros Beach Club , Zakynthos during summ