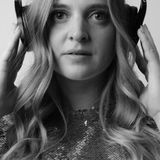 Karen Hemmes, aka DJ Hemmesphere, born in 1990 and raised in Canada (Edmonton, Alberta) discovered her love for music at a young age. Attending various electronic music festivals and experiencing the energy the DJs and producers emitted, her passion for the music lead her to want to start learning how to DJ herself. In Summer of 2006 she moved from Canada to a small town in Arizona (USA) with this burning desire.

Two years later at the age of 18, Hemmesphere began learning the art at a local bar in Show Low, AZ. Her passion and ear for music allowed her to pick up on her craft very quickly and she soon became the venue's spotlight resident DJ for two years. Becoming the biggest DJ in her town was an accomplishment, but not enough for her, as she always strives for greater success. DJ Hemmesphere decided it was time to take her talent to a larger market.

In 2011 she relocated to Scottsdale, Arizona where she began to make a name for herself in various bars and nightclubs throughout Te