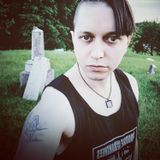 Never miss another
show from DJ_Gomez

DJ Gomez began his radio career at the beginning of 2007 while still in college. He created the goth/industrial radio show "The Catacombs" on Revolution 91.7 in Bowling Green, KY. After graduating, he moved the show to WVQC-LP in Cincinnati. In 2011, "The Catacombs" became an online streaming show on Live365.com until mid 2012. The show later found homes on Angst Radio out of Brazil and The Belfry Network. DJ Gomez continues to work on new projects in the goth scene including live club DJ'ing, assistance with other groups/organizations promoting gothic music, and his own music project.