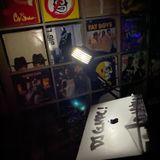 The Notorious B.I.G. - The Best That Ever Did It
by DJ G.MAC! www.DJGMAC.com

“Brooklyn’s own” DJ G.MAC! is no stranger to the entertainment industry. He has been DJing for years and shows no sign of slowing down.
DJ G.MAC! was introduced to his first set of turntables in the Fort Greene section of Brooklyn and has never let go of his passion. Because of his love for djing and hip-hop in general, DJ G.MAC! became a member of the United Zulu Union, whose purpose is to uplift the hip-hop culture. From New York to Florida, DJ G.MAC! has done numerous parties and clubs, and has rocked parties and provided the music for shows with some of the biggest DJ’s and crowd movers in the business including DJ Sixth Sense, Kid Capri, Big Tigger, Fat Joe and the Terror Squad and the legendary Biz Markie. He has also appeared on 106 & Park on BET, the most watched video show on television.
He is a member of Derrty DJ's, Future Star DJ's, Fleet DJ's, Coast 2 Coast DJ’s, and 50 Cent’s DJ crew, the Shadyville DJ’s, which are all DJ crews with members worldwide.