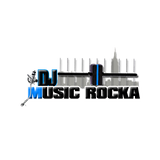 It all started in Brooklyn New York, the year was 1983. The parents of a young child who had an interest in the art of DJing brought him two turntables and a mixer. From that day on he began his quest to collect records of all kinds and practiced to become the best DJ he could be and was named DJ Music Rocka. Influenced by the best DJ’s in his eyes were DJ’s Jazzy Jay, Theodore, GrandMasterFlash, Charlie Chase, Toni Tone, DST, Wiz Kid, Larry Levan, Timmy Regisford, Louie Vega, Marley Marl and Red Alert. As well as other DJ’s that were making a name for them selves at the time such as Clark Kent, Scratch, Cash Money, Jazzy Jeff, Kid Capri, Brucie Bee, S&S and Wichdoctor to name a few. Accomplishments include DJing on major radio in N.Y. such as the Wendy Williams Show on WBLS 107.5FM & The Legendary Marley Marl Future Flavas Show on Power 105.1FM. He was Tour DJ for rap group Pitch Black and R&B Grammy winner Mya to name a few things under his belt.