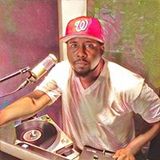 Robert Caines Jr. (Born January 23, 1983) professionally know as Dj Flawless, is an deejay that deliberate on the antiquities music has to offer. At a very young age Flawless has been accepting the countless of mentoring from some of the greatest an inspiring performers in the music industry such as Dj Steve Dee the creator of "Beat Juggling," although the original name is "The Funk." Through commercialization "Beat Juggling" as the world knows it is the greatest thing to hit deejaying, since the Scratch. Jimi Hazel the lead guitarist from the group 24-7 SPYZ that is best known for mixing Soul, Funk, Reggae, and R&B with Heavy Metal and Punk. The World Famous and Well Respected Dj Red Alert from the prestiges Radio Station 98.7 Kiss FM. Dj Rockin Rob from the group The Mean Machine Crew. He is also the father of Dj Flawless.
Flawless is an well rounded deejay from the Bronx New York whose Genre Bending and Time Traveling approach draws from a range of characteristics, from Hip Hop,