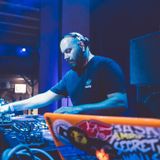 Never miss another
show from DjFader

Dj Fader born and raised in Stamford Ct, influenced heavily by Marley Marl and The Latin Rascals moved to Florida in the mid 80’s and continued his passion for dj’ing after meeting and becoming friends with the late Kenny k through mutual friend and dj J/Slice of the Dedicated Brothers. Fader has a passion for dj’ing live and prides himself on his workmanship and fact that no matter the crowd 2 people or thousands will always give it 110%. name a club in Tampa fader has rocked it at one time or another along with who he credits Dj Sandman as one of the people who has given him many opportunitys to open for dozens of shows. Fader has opened up for such artists as Krs One,The Roots,Boot Camp Click,Common,Jeru, De La Soul and many more. his passion for the artform continues over 30 years later and you can still hear him rocking the turntables in Tampa weekly at partys like Ol Dirty Sundays alongside founder Dj Casper and surprise guests from all across the country.