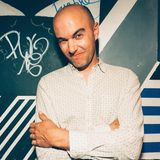 Never miss another
show from Dom-e

Nippon Drums & Other Stories
by Dom-e

Nippon vs. Italy OST
by Dom-e

Wamono Funk and Soul!
by Dom-e

Since 1995, I have hosted several bar and club nights in south of France, Paris, London, Barcelona, Switzerland and Japan. I have co-created and hosted the Soul Parade Club nights in Paris from 2008 to 2019, and ran record label Sausage Records from 2006 onwards. I'm also known as DJ Dom-e. After a stay in southern Japan in 2015, I now specialize in Japanese records and pressings via my online shop https://nezumirecords.com.
I'm still DJing and promoting events in the south of France.
Thanks for listening.
Peace!