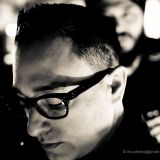 Born and raised in Miami Florida, Dino has been involved in the music scene since the mid 80s and still going strong. Once the drummer for synth/indie act FORMULA REDUX on Universal Music, Dino is now collaborating with different artists and projects, both LIVE and in the studio.