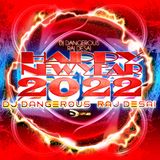 MORE MUSIC on djdangerous.com !! ***Beyond the scope of mixing powerful dance music lies a real talent for producing amazing EDM tracks.****** DJ Dangerous Raj Desai is a dj/producer in the fiercely competitive arena of House Music, Electro House Music, Trance, and Dubstep.
Before the digital media explosion of the past decade, DJ Dangerous Raj Desai was spinning vinyl at some of the top night clubs in Chicago including Crowbar, Excalibur, China Club, Stardust, Medusas, and more...
At the same time, mixing on some of the top radio stations in the midwest such as Chicago's B96 and Energy 88.7 FM.
In the mid 90's, DJ Dangerous Raj Desai produced mix tapes that sold out at some of the top record store for underground dance music in Chicago such as Gramaphone Records in Chicago.
Today, with over 200,000 views and 31,000 followers on soundcloud, and over 25 million views with over 10,000 subscribers on all his Youtube
channels... DJ Dangerous Raj Desai is well on his way to the top!