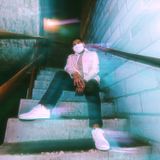 Mexico-born artist Cristian Baca is one of Minnesota's best up-and-coming DJs and Event Promoters. His diverse music taste along with his dance and musical backgrounds allow him to be versatile behind the decks. In the 7 years as an active DJ, Baca has made his presence heard in the local and regional scenes, performing at the hottest Venues and Festivals in the area, as well as opening for some of the biggest acts in the world. Since 2017, Baca has been taking on the roles of Marketing Director & Operations Manager for Minnesota’s premiere Dance Music concert promotion, SIMshows.

In the fall of 2018, Cristian Baca took the state of Minnesota by storm with his Latinx-influneced party Reventón. In less than a year since its inception, Baca has turned Reventón into one of the best parties in the Twin Cities, hittin