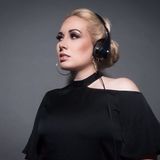 Never miss another
show from djbrandigarcia

Fresh off of touring with superstar artists Keyshia Cole and CeeLo Green, Brandi Garcia is continuing her musical journey with residencies at Universal CityWalk and Lucky Strike LA Live where she’s passionate about entertaining the crowds with her energy and love of music.
As a radio personality she's graced the airwaves of many major markets including Houston, San Francisco, Las Vegas, and most recently Los Angeles. While at the legendary 93.5 KDAY she not only provided the soundtrack to listeners as the Midday host but was also Music Director as well.
You‘ve also seen her on television as the featured DJ for Mike Epps comedy special on Netflix, a host on R&B Divas LA on TV One, the host of AXS Live on AXS TV, The Spotlight & HOT TV in Houston, and a reporter on WCTV-6 in Tallahassee.
DJ Brandi Garcia always keeps the party rockin’ from high-end corporate gigs for Nike, Pepsi, and Delta Airlines, to spinning some of the hottest nightclubs in Hollywood, to opening up for artists s