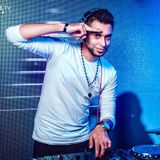 DJ MadBeats started his career in music as a DJ back in 2007 when he was still 19 years old.
His first gigs was just house and private parties till he get famous as the best DJ in commercial & underground house music mixing in Abu Dhabi for private and house parties .
Once he became 21 years old he turned to freelance club DJ in many places,
He won the first place in a competition for the Dj's, was sponsored By Flash Entertainment and part of his prize was meeting the world wide famous DJ Laidback Luke