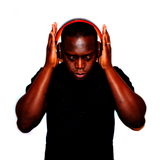 Dj Junky is one of the top mixtape specialists on the island of Jamaica, DJ Junky,

Dj Junky who is based in the tourist resort town of Ochi Rios Jamaica, started out as a deejay playing on Echo One System but later moved on to joined the Eagle Force team.

The sound systems life was not his style so in 2010 he decided to take a different route in the music business by doing mixtapes and he has never ever looked back.

Out of the love for music and the inspiration from sound systems like Black Chiney, Cash Money and Bad Influence Sound he continued on his musical journey. Junky said at one point he thought about giving up but got further motivation from Kerry-Ann Brown and Dj B Gee from Blaze 99.9fm in New Jersey.