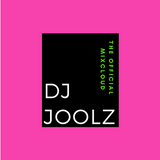 DJ Joolz Leeds UK // Artist // DJ // Producer
Taking a different approach to a world where people are playing otherwise other people's music and grasped it with total dedication to the make crowds elated. It's been a long time and one hell of a journey.
Now, not only known as an established UK DJ, Joolz has gained the accolades worldwide of Artist, DJ, Remixer and Producer. Skills and repertoire valued by many, building Joolz a reputation that extends across the globe. 1987 was when it all began and 3 decades on one can definitely say that the veteran DJ Joolz is here for the long haul and is still enthusiastically dedicated as ever. For Joolz the craft of DJing has always been the ability to immerse not only in music but with the feelings and responses shared and built with audiences.