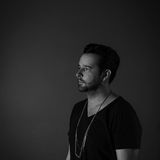 Best known for his releases with imprints such as One Rec.(Adam Shelton & Subb-an´s). Nervous Rec.(One of New York´s oldest). SexOnWax Rec.(Omid 16 B legendary imprint and one of London´s most respected). 530 Techno(San Francisco) and his own Digital Delight Rec. In the Last 6 years, Diego has presented showcases of his imprint, and performed as a solo artists in London, Stuttgart, Manchester, Playa del Carmen (The BPM Festival)Guayaquil, Quito, Atlanta, Miami, Panama, Guatemala, and of course Barcelona the city that saw him develope his career.