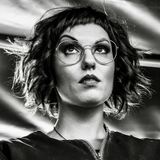 +++ALL ORIGINAL TRACKS IN THE SETS - WILL BE RELEASED +++

Maria Ruhe is doing what she wants - combining her voice with what she loves the most. Techno - based music. Falling in love with electronic music in the early noughties she took a colorful detour of playing in various band constellations, mostly improvised music & jazz. She enters the electronic music scene as a live performer, songwriter, singer and producer. Her constant drive is to change through creativity and finding new connections between sine waves, forms of art and human beings. She weaves her rhythms with original lyrics, poetry and improvisations. Her wide range vocals play different roles and alternate between natural and FX — bold, wild, strong yet tender. The future - oriented artist is bridging the gap between analog and digital by weaving field recordings from various occasions as well as working with several musicians to enrich her sound. Her vision is diversity.