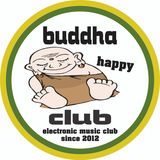 Never miss another
show from dennox

Since 1994 i started to play on parties as DJ Dennox at the turntables and founded the party crew "TRIBE OF MADNESS".
-until 1995 a lot of illegal events took place in factory buildings and open air which i organized and entertained as DJ.
-mid 1995, inspired by the nomadic UK based rave crew "SPIRAL TRIBE", DENNOX & TRIBE OF MADNESS went on tour
around germany and europe, Berlin, Hamburg, Kassel, Dresden,...Greece, Spain, Portugal.
My early musical style was more like trance, acid house, psychedelic trance.
-1998 - 2003 my tribe of madness crew and i opened the first legal club "Membrane" in the middle of germany, where i played as DJ on 5 different floors of the factory complex, techno, house, d&b or chill out.
-2006 i moved to vietnam, on the island Phu Quoc where i opened my "happy buddha club" 2012.in these past years as resident DJ i often stood on the decks for 10 hours non stop with a mix of
progressive & deep house, melody & techno as well as world to ethno & tribal sound