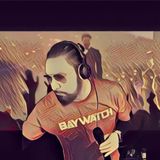 Never miss another
show from The Real Dj Dimitri

With a musical soul inspired by his greek roots, DJ Dimitri has been a professional for over 20 years contributing to the industry through his skills as a DJ, a promoter and a producer. Dimitri specializes in anything and everything, and is a veteran when it comes to reading a crowd. There is no musical limit to his skills as a DJ, and Dimitri has proven this to the Vancouver scene by headlining the biggest international parties, going strong for over 10 consecutive years, and roping in close to nine hundred international students weekly for a party unmatched by any other in the city. His worldwide experience includes featuring his talent throughout the Canadian and USA club scenes in such major cities as Montreal, Winnipeg, Seattle, Portland, San Francisco, San Jose, Chicago, and New York, as well as rocking the crowds in the international scenes of Cancun, Mexico, Club Med Dominican Republic, Club Med Turks and Caicos, and Athens, Greece.