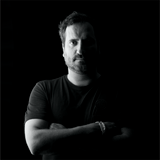 Never miss another
show from DEELIGHT

Deejaying since 1998, Deelight is one of the greatest resident Dj’s in Portugal. He passed by the most reputable summer clubs in Portugal, such as Meo Spot and Sasha Summer Sessions in Algarve and NoSoloÁgua Portimão (home of the best summer beach parties in Portugal, like The BPM Festival) as resident DJ. He is currently Lick’s (that won the prize for best nightclub in Portugal 2018 and it’s #92 of the World’s Top 100 Clubs) main room resident DJ.
Alongside these residencies, Deelight has also performed as an invited artist in the best venues and events what makes of him, today, a well-known name in the Portuguese nightlife and music scene.
Among many other festivals and parties all over the country in which he participated in, we highlight the Summer Party of TVI (Portuguese leading television channel), the festival ‘Carlsberg, where is the party?’, the ‘White night party’ in Loulé (known as the end of summer uber-party in Portugal), the 25th Anniversary of ‘Continente’ (major Portu