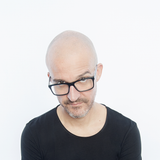 Carlos Manaça is one of the main Portuguese DJ’s and producers and has been an essential part of the country’s Underground dance scene since its very beginning. In 2021 celebrated 35 years inside a DJ booth but his DJ schedule is still very busy. He plays mainly in Portugal but also in countries like Japan, England, Switzerland, Brazil, Luxembourg, Poland, Croatia, Germany, Mexico, Angola, Mozambique, Russia, USA, Canada and Spain, where he lived since 2002 until 2021.

With releases on Labels like SCI+TEC Audio, Stereo Productions, Toolroom, Orange Recordings, Transmit, Otto Music, Kinetika Records, Beat Freak Recordings, Moody Recordings, Kult Records, District Audio and his own Magna Recordings, among many others, Carlos Manaça is more motivated that ever. He still loves delivering his typical Tech House & Techno tribal influenced grooves to the clubbers every weekend, and feels that still has a lot of music to bring to the global Dance Scene.