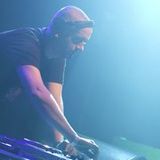 Noble started his musical career in Rotterdam, the Netherlands. His first experience with drum & bass music took place at Helter Skelter in Milton Keynes ’98.
His first break at things came in 2000 when a dj contest was organised in Rotterdam. Noble ended up winning first prize, and his first steps in the Dutch d&b scene were made.

Noble’s style can be described as very versatile. He adapts to the atmosphere at a party, and plays a selection that truly goes across the board.

Since March 2008, Noble has hosted a bi-weekly show at the well respected jungletrain internet radio station, Be sure to check him out, on odd weeks at www.jungletrain.net on Saturdays from 15.30 to 17.00 CET.