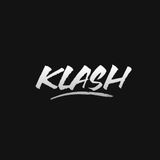 Active on the Swiss music scene for ten years, Dj Klash has earned the public’s respect and confidence of the country’s clubs.
He started his career in Geneva, his hometown, and has imposed his style very quickly in the best parties in Switzerland. This allowed him to perform as opener of artists such as Rick Ross, YG, Booba, Diplo, Cut Killer, Mobb Deep and many others.
In 2015 he participated in the World DJ Championships Thre3styles Redbull and reached the second position in the national finals.
Very active in the French-speaking part of Switzerland, he is now also performing in the German-speaking part of the country. Since his success in the RedBull Thre3styles competition, we saw him at renowned festivals such as the Open Air Frauenfeld, Royal Arena Festival, the Paleo Festival, Electrosanne and the Montreux Jazz Festival. He also crosses borders and performs regularly in France and Senegal.