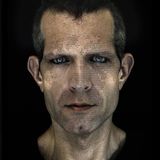 Deane Ogden is a digital nomad. An itinerant musical chameleon. An American recording artist, multi-instrumentalist and broadcaster, his music has been described as "a well-established aesthetic of evocative world textures and compelling pristine pop rhythms." (The Village Voice) He has written, recorded, and performed in over three-quarters of the known countries on the mapped globe.

Deane's 2013 solo release EASTERN CHRONICLE is a 118-minute odyssey through the sounds and cultures of the Far East. The album debuted at #3 on the iTunes world music chart. To record and produce EASTERN CHRONICLE, Deane spent eighteen months traveling Japan, China, Nepal, Tibet, Indonesia, Thailand, India and Sri Lanka using a mobile recording studio out of a backpack.

He is now at work in South Africa on his follow-up, KWELA… due to release in 2014.

Deane is also creator and host of ON THE HIT with DEANE OGDEN, an Internet radio show featuring his one-on-one chats with music greatest hitmakers.