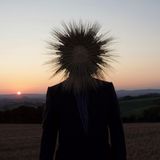 Never miss another
show from davidhandford

My principal working material is sound, around which I create film, electronics, sculpture, music, assemblage, collage and installations.

Through psychedelia and electronica, I now produce various
musics as dj Methodist and Ministry of Defiance, along with film and performance soundtracks under my own name.

I've received BBC R1, R3, 6music and international airplay, whilst my scores and artworks have been commissioned for various performances and exhibitions in England, Wales, Europe, London, and New York.

I am currently living in Devon, working on various projects.

Music and sound works can be found at: http://davidhandford.bandcamp.com/