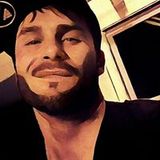 Legendary Chicago dj/promoter . Growing up in Chicagos North Side, went to high school with Mark Farina. started djing in 1989, Quickly became a staple in the Chicago warehouse/loft scene and one of the architects and founding fathers of the American Rave scene. Was a part of Chicagos House music "second wave" that brought out djs like Mark Farina, Derrick Carter, Gene Farris, Felix the Housecat, Green Velvet and many more. Eventually traveling all over the world, touring and sharing the stage with such acts as Daft Punk, Moby, Carl Cox, Paul Oakenfold, Chemical Brothers, Green Velvet, to name a few.