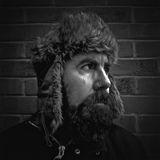 This Portuguese DJ has a knack for creating eclectic and engaging left of centre remixes and DJ sets. His sophisticated and impeccable taste has enamoured some of the most select and cosmopolitan programmers, bookers and audiences.

From contemporary melodic Electronica to Nu Disco to New Wave Pop to Reggae to Downtempo to Lounge and beyond.