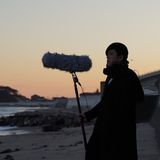 Matsusaka Daisuke, who was birthed in Hiroshima, is a DJ, composer, and sound engineer. He started making tracks in 1994, and then began deejaying in 1998. After releasing his first 12” vinyl single in 2000, he has released lots of tracks. He’s also produced some bands, offered tracks for commercials, and mastered different kinds of music. Now he acts as CEO of “Studio Sprout Lab.” and working as mastering engineer at the classical music label. He acquired a qualification of “Apple Digital Masters” from Apple in 2014. In addition, He’s now pursuing potential of party, organizing an ambient party “Off-Tone.” He started management “Off-Tone” as a music label in March, 2017. “Off-Tone” is taking responsibility for all from production to the place of sharing. It is for promote making “The Future with The Music”. In 2019, He released the sound installation art work “Tsunehigoto / WAVE”