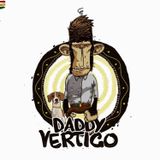 The journey officially began in 2007 in Sitia Crete. A year ago Andronikos (Daddy Vertigo) started his first radio show which lasts until today.Over the years he entered the mentality of Dj set..
Followed many Dj Sets in Greece.All of these years blended various genres of music until and the final
mixture is based in Jamaican sounds..Υardie beats from Reggae Dub,Ragga,Hip Hop with a special preference in Digital sounds but also many influences from all around the Caribbean musical culture compose his sound..
Since 2017 and spending his second decade has been experimenting on remixes with three releases for free download.
In 2015,2016,2017,2018 and 2019 was hosted in Reggae Vibes Music Festival and shared the stage with names like : The Wailers,Krak In Dub,Dreadzone,Vibronics,Zion Train,
Μad Professor,SKG'S Dub Alliance and MC's like Skarra Mucci, Earl 16,Madu Messenger, Mc Brother Culture,Mc Yinka,J Fyah and more.