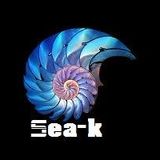 Never miss another
show from Sea-k (BE)

Christof Corbesiers ( aliases Sea-k/dj white frog /live meets energy) was born in ’78. He was obsessed by electronic dance music at the age of 12 and started already to collect vinyl records. Music has always been a passion and a prominent part of his life. He liked to play from techno to minimal, from trance to progressive sounds but his heart lies at retro music.​
He started to produce music with his brother Stefan aka Grymaice in 1997. Their first album ” LIVE MEETS ENERGY” was released on their own label DWF Records.​
The Second album Mythic Tribals is been released on the label traxed Chiacago​ first singel under alias sea-k is produced togheter with Malik Boudari and “Homedics” was born and released on traxed label in Chicago ​