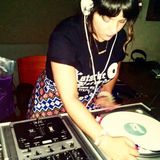 All Back to Mine - Ep.5 - Criztoz talks with Constance K
by 45 DayReposted

A Chicago resident from 2001-2018, Constance K became host of the Cutz On Cuts family after what started as a devoted love of dancing and appreciating music. As a member of the famed Boogie Munsters crew, she's produced music with Beyond Luck, Lights Out and has been featured on numerous projects with DJ Moppy (including the 1st release on the 606 Records label titled The Seven Wonders Of The Sea). Constance is now based in London.